While it can look like quite the “girly” cocktail, the French 75 packs quite a punch.

“The French 75 dates to World War I, and an early form was created in 1915 at the New York Bar in Paris by barman Harry MacElhone. The combination was said to have such a kick that it felt like being shelled with the powerful French 75mm field gun.” 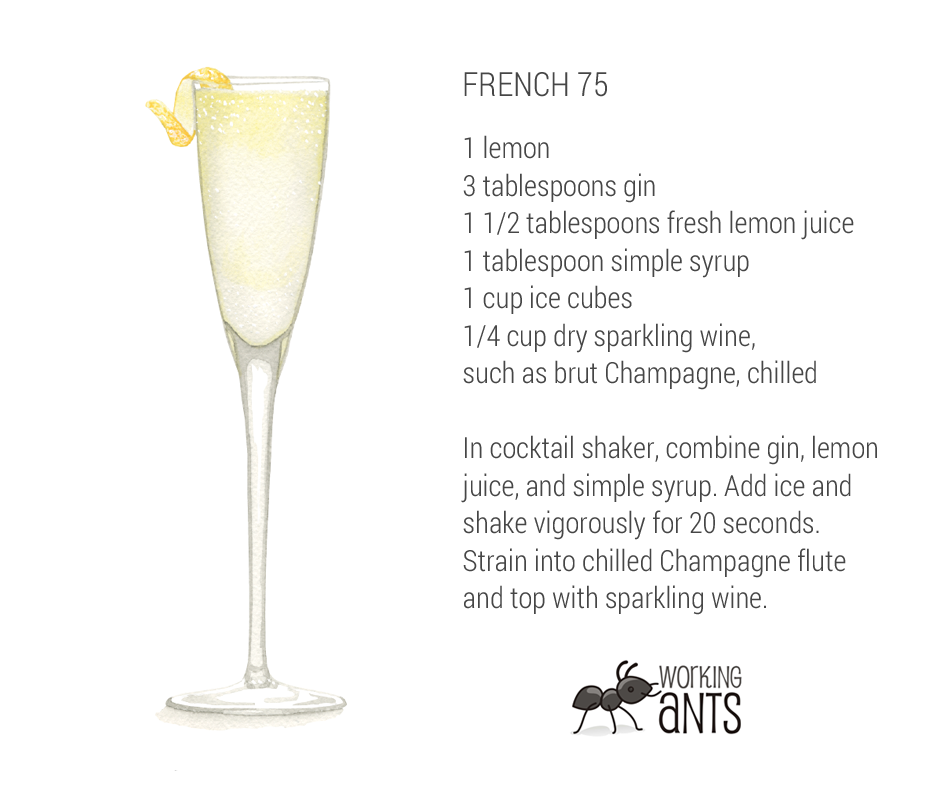