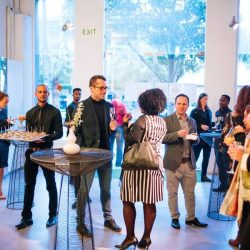 Every month we’ll release our top tips on how to be a great party host. Remember to check back regularly for updates or follow our Pinterest board here. 1. Hire a barman Your role as a host is to spend time with your guests – not to feed them or serve them drinks! Be present. Hire[…]

While it can look like quite the “girly” cocktail, the French 75 packs quite a punch. “The French 75 dates to World War I, and an early form was created in 1915 at the New York Bar in Paris by barman Harry MacElhone. The combination was said to have such a kick that it felt like being[…]